Recently Oxford University published a study showing that even a little bit of yoga over a short period is beneficial to inmates.

“We found that the group that did the yoga course showed an improvement in positive mood, a decrease in stress and greater accuracy in a computer test of impulsivity and attention,” say Dr Amy Bilderbeck and Dr Miguel Farias, who led the study at the Departments of Experimental Psychology and Psychiatry at Oxford University. “The suggestion is that yoga is helpful for these prisoners.”

I say a little bit of yoga over a short period because the participants took only one 90-minute class per week for 10 weeks.

What is obvious to any yoga practitioner is beginning to be formally recognized in Western academia and medicine.

But what isn't understood by the medical community is this essential truth: the benefits of sustained long-term daily yoga practice are profound in contrast to the limited experience offered by one weekly class over a ten-week period.

For people who take it up as a long-term lifestyle choice of daily mind-body meditation, the Primary Series of Ashtanga Yoga is an extraordinary method of holistic healing.  (Those who consider the practice primarily a “workout” generally quit within a year or two.)  This practice has ancient roots, and is carefully designed to be a fundamental method of strengthening, aligning and detoxifying the body; performed equanimously as a meditation practice, it encourages harmony between mind and body.

When I met Ellen Williams Kympton, she had been exposed to yoga in various gym settings, but had never experienced the splendor of learning and practicing a specific yoga method.  She was 63, and having recently undergone a hysterectomy, was looking for a way to regain her full potential.  Ellen was serious about her commitment and ready to move beyond knowing yoga as a periodic alternative workout.

During our first meeting her spiritual inclinations were evident: she had enjoyed a career as a lay pastoral assistant in a large church, and on her living room table was a book compiling wisdom sayings of Ramana Maharshi -- whose ashram in Southern India she had visited.

Ellen began with just a 10-minute daily practice.  Within a couple of months, after four or five lessons, she had memorized the first 30 minutes of the Primary Series, and soon began taking Mysore classes at Ashtanga Yoga Richmond.

It is scientifically accepted in the West that depression and emotional stress weaken the immune system -- states into which people are thrust when receiving a diagnosis of terminal illness.

But by the time my dear friend, Ellen, was blindsided with a diagnosis of stage IV breast cancer, she was fortunate to have already been establishing for six months this yoga method of stress reduction and mood enhancement.  Her yoga practice had become a treasured resource that would prove invaluable in the emotional reckoning with the diagnosis, and as a vital method of detoxification and holistic maintenance while undergoing treatment.

Because the Primary Series is a precise, thorough and meditative practice of fundamental healing and self-examination, it works on inmates the same way it works on an older person with an illness. It is a universal practice suitable for any human being who wants to engage it.

Correct yoga practice entails a sense of gratitude for the direct experience of living, and a deep appreciation of the (often surprising) potential for healing.  We should practice with a patient acceptance of our current state (which is the foundation of future states) while remaining open to the possibility of positive change.  Anxiety breeds anxiety, and calm produces calm.  We know our bodies are ultimately dying, and meanwhile we engage lovingly a practice that increases awareness of the miraculous mind-body connection, so long as the connection exists.

I teach (now mainly "assist") a 57-year old blind woman, who has been practicing for five years.  She does all of Primary on her own.  These days when I arrive at her house she is about half-way through her practice.  Sometimes we have hardly a word, while I adjust her throughout the next hour.

I assist a 35-year old man who has MS, who also has been practicing for five years.  We use the easily modifiable format of Primary Series.  (I can’t do it all perfectly, either.)  He is beautiful to watch, and his breathing is steady, sonorous and happy.  Never using the practice as a tool to generate depression about his situation, he uses it as a template to examine and challenge his assumptions, and to nourish a sense of gratitude for what he can do on any given day.  Regardless of the vicissitudes of his condition, he knows he is much better off -- and better informed -- with a regular yoga practice.

What amazing opportunities yoga affords the teacher!  For the last year I have been teaching a 50-year old deaf man.

I teach a 78-year old woman who has experienced major revitalization during two years of daily practice.  Her 40-minute (and growing) practice has dramatically changed her body, increased her overall wellbeing, and enlightened her sense of humor with moments of childlike bliss.

People who know only a little about Ashtanga Yoga (including many who might say they've tried it) often characterize it as fast yoga, athletic yoga, yoga for the young and healthy, or a practice that is too strict with no room for innovation.   When you hear someone speak about Ashtanga Yoga in that way, be assured they know virtually nothing about it, and let a red flag go up -- because it will be a person who assumes authority about that of which his knowledge is slight.


If all of the people I’ve successfully taught privately had together been introduced to yoga in a group “led class," where the series is being called out by the teacher, they would likely have shared the above misconceptions of the practice.  Even if it were a beginner oriented “level one” class, and even if I were the teacher, I would not be able to convey the practice effectively to such a disparate group.  The typical person over 40, or a person with any health problems (even just a tender back), needs individual assistance in learning to approach the practice gradually, carefully and respectfully.

I will always remember Tim Miller saying, "The first ten years is pre-yoga." At the time, I had been practicing about four years, and I liked this idea. Now I've been practicing about twelve years, and the exploration remains just as fresh; knowing that I will never master constant change, I'm free to practice without heedless ambition; there is nothing to pretend, and everything to tend.

Since its inception in fall 2008, I have taught the Practice portion and arranged visiting speakers for the Virginia Commonwealth University's Medical College of Virginia elective,  Yoga Immersion and Medicine .   On four different occasions, Ellen Williams has generously visited the class to practice with the students and tell her story, which she has abbreviated here:

I met Robbie Norris just over 5 years ago. It was 6 weeks after I had a hysterectomy and I was ready to resume normal activity which had included gym weight work, aerobics and gym yoga. It seemed a good idea to begin with yoga but I wanted to reintroduce myself to it with a good teacher who specialized in yoga and a more challenging practice than I had been used to. After reading a flyer describing Robbie’s one-to-one approach, I felt this was the suitable way to begin. 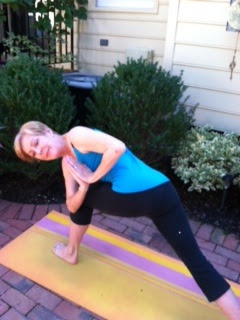 Robbie introduced me to Ashtanga yoga and I began to practice daily and to slowly learn the first series with his help. I also began to attend early morning Mysore self practice. It was a wonderful combination and with perseverance I began to gain more strength and stamina and ability. 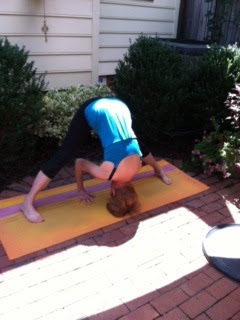 How fortunate this was as 6 months later I was diagnosed with Stage 4 metastatic breast cancer to the liver. I had surgery followed by chemotherapy and radiation. In all, I have had 4 different rounds of chemotherapy and a second radiation treatment over the past four years. I am very fortunate and grateful to be here today, managing the disease well both physically and emotionally. And,  of course, I have good doctors and nurses to thank for this too. 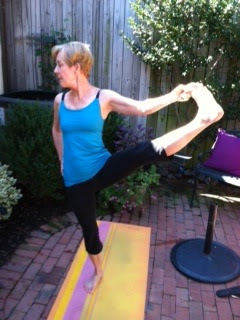 Though I was in good health when diagnosed, Ashtanga yoga has helped me maintain and increase my muscle strength, balance and flexibility. I am sure it has aided my immune system, my elimination functions, lymphatic drainage and blood oxygenation. All of these are important while having chemotherapy and trying to keep the body free of toxins. It has definitely helped to calm my nervous system in dealing with the cancer and the treatments. My heart muscles have remained strong though one of the continuing treatments I take can damage the heart muscle. 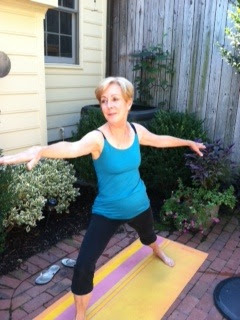 Yoga helps the mind as well as the body. I find Ashtanga yoga which I can do anywhere, anytime to be very meditative. The more one knows the poses the more one can practice them without thinking. This engenders more peace of mind and equanimity as well as more self-awareness and spaciousness in mind and body. Even during my rounds of treatment,  I tried to do some part of the practice every day, even if only 15 minutes. I continue to try to do some yoga every day, from 15 minutes to an hour or more. Some practices I do alone and some in a studio and some poses have had to be modified. 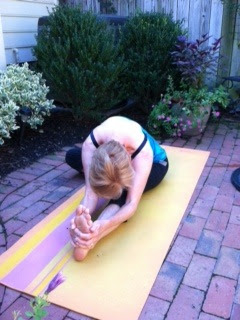 For me yoga is also a spiritual practice of opening and surrendering to what is. As I am present to the flow of body movement and breath, there is a sense of well being, an acceptance of reality and healing even if there is no real cure. 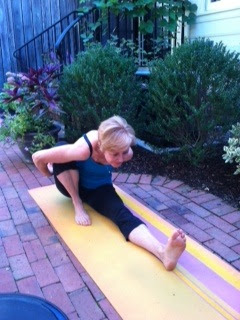 I offer a quote which rings true to me, “Whether you are sick or weak, young, old or even very old you can succeed in yoga if you practice diligently.” 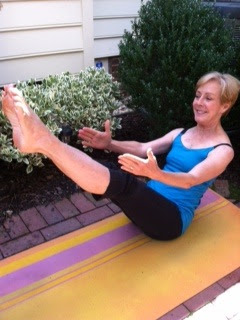 Thank you, Ellen!  It's such a pleasure to know you and you've been an inspiration to me since the day we met.